NACD is proud to begin a series of Baltimore location local NACD Chapter meetings for Directors living in the greater Baltimore Area. The first local program content will feature a topic fast becoming one of the top three priorities for Boards now dealing with disruptors.

How should boards deal with the deafening roar of competitive innovation? How much real conversation about keeping up, or staying ahead, of competitors goes on in the boardroom?

Julie Sweet, CEO of Accenture North America, boldly stated, "Innovation is the new competitive advantage." But strengthening oversight of strategy execution and risk management, in light of these disruptive forces, are top improvement priorities for boards in 2019, according to NACD's Public Company Governance Survey. So how do boards determine if management is achieving critical innovation?

What board skills are required in today's high growth innovating economy? Economist Thomas Friedman states, "Do you know what my favorite renewable fuel is? An ecosystem for innovation." Without a strong innovation focus, is a board fulfilling its fiduciary responsibilities? Is your company headed for road kill status?

Come learn and unlock the secrets to innovation, and understand the requirements for building and supporting board and company focus toward driving competitive differentiators. 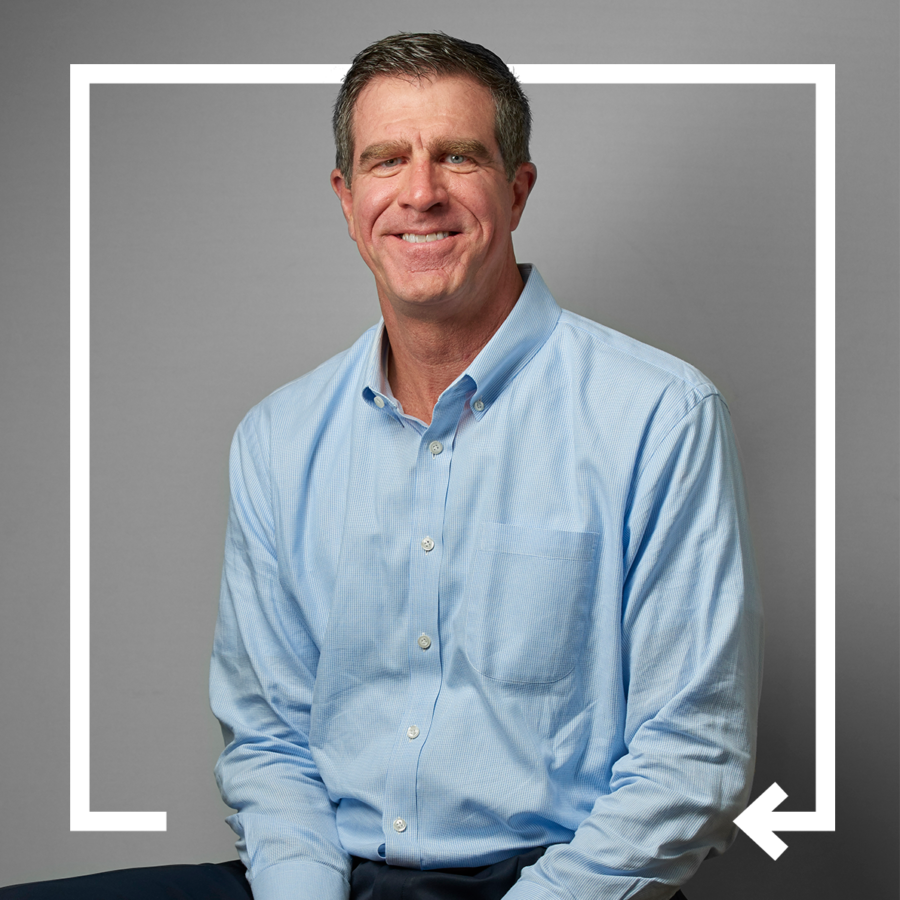 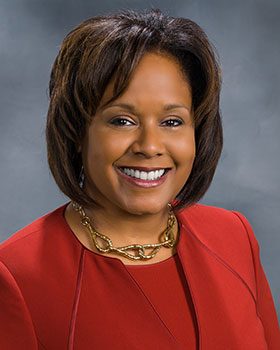 Lawrence Kurzius is Chairman, President and CEO of McCormick & Company. Since joining McCormick in 2003, Mr. Kurzius has held many executive management roles, including President – U.S. Consumer Foods; President – Europe, Middle East and Africa; President - International Businesses; President – Global Consumer and Chief Administrative Officer; and President and Chief Operating Officer. Mr. Kurzius was promoted to CEO in February 2016. He joined the Board of Directors in November 2015 and was elected Chairman of the Board, effective February 2017. Mr. Kurzius joined McCormick through the acquisition of Zatarain’s, where he spent 12 years and was President and CEO. He also served as a marketing executive with the Quaker Oats Company and Mars Inc.’s Uncle Ben’s Company. Mr. Kurzius graduated magna cum laude from Princeton University with a Bachelor of Science in Economics. Mr. Kurzius serves on the Board of Directors of Elanco Animal Health, the Grocery Manufacturers Association, National Association of Manufacturers, the Greater Baltimore Committee and the National Sporting Library & Museum. He is also a Jacksonville University Trustee.

Mary John Miller served as the U.S. Treasury’s Under Secretary for Domestic Finance from March 2012 to September 2014. She was responsible for Treasury debt management, fiscal operations, recovery from the financial crisis, and implementation of the Dodd-Frank financial reform legislation. From February 2010 to March 2012, she served as Assistant Secretary for Financial Markets, where she was responsible for conducting Treasury auctions and monitoring all financial markets for the Treasury Secretary. She was confirmed by the U.S. Senate to serve in both positions. On her retirement from the Treasury she received the Alexander Hamilton Award for Distinguished Service. Prior to her public service, Ms. Miller spent 26 years in the investment management industry with the T. Rowe Price Group in Baltimore, MD. She was the Director of the Fixed Income Division from 2004 through 2009. She also served on the firm’s Management Committee, Asset Allocation Committee, and as a trustee of the T. Rowe Price Foundation. In 2018 Ms. Miller was inducted into the Fixed Income Analysts Society Hall of Fame. Ms. Miller is currently a senior fellow at the Johns Hopkins University 21st Century Cities Initiative (Baltimore, MD). She also serves as a director on the boards of the Silicon Valley Bank Financial Group (Santa Clara, CA) and The Jeffrey Company (Columbus, OH). From 2014 to 2018 she served as a director of ICE Benchmark Administration in London. In addition, she is a trustee of Cornell University (Ithaca, NY) and The Urban Institute (Washington, DC), and board member of the Baltimore Neighborhood Impact Investment Fund. Ms. Miller earned a B.A. from Cornell University and a Master of City and Regional Planning from the University of North Carolina at Chapel Hill. She is also a Chartered Financial Analyst. She resides in Baltimore, MD and is married with two sons.

As one of two managing general partners at ABS Capital, Phil helps set the direction of the firm by managing the investment process, working with our investment professionals, and raising capital for our funds. This is, of course, in addition to leading the firm’s business and tech-enabled services investment efforts. Phil is a true collaborator, helping CEOs clearly articulate their goals and priorities — and ensuring the right talent, incentive programs, and measurement systems are in place to meet them. Phil continues to be excited by growth companies that are shifting paradigms and changing their industries. Phil is also a trustee for The Johns Hopkins Health System Corporation, as well as a member of YPO Gold. PREVIOUSLY Prior to joining ABS Capital in 2001, Phil was the president and CEO of SITEL Corporation. While at SITEL, Phil grew both revenues and EPS significantly, managing operations in 19 countries and serving major corporate clients such as GM, America Online, Capital One, and Microsoft. Most importantly, he learned the value of setting and clearly articulating goals and priorities, including regularly measuring against them, something with which he routinely helps his companies today. From 1990 to 1997, he was in the Investment Banking Group at Alex. Brown & Sons Incorporated, leading their business services efforts, where he advised clients on M&A transactions, as well as equity and debt offerings. He served in the United States Army from 1983 to 1988, rising to the rank of Captain in 1987.

Stephanie C. Hill is the senior vice president of Enterprise Business Transformation at Lockheed Martin. In this role, Ms. Hill is responsible for developing strategies and implementing integrated, cross-functional solutions that transform operations through technology, culture, and processes to deliver business-based outcomes. During her time with Lockheed Martin, Ms. Hill has held positions of increasing responsibilities including: deputy executive vice president of Lockheed Martin’s Rotary and Mission Systems business area; senior vice president of Corporate Strategy and Business Development, vice president & general manager of Cyber, Ships & Advanced Technologies; vice president & general manager of Information Systems & Global Solutions Civil business; vice president of Corporate Internal Audit; and vice president & general manager of the Electronic Systems Mission Systems & Sensors business. Ms. Hill is a member of the Board of Directors of S&P Global and serves on the Board of Visitors for the University of Maryland, Baltimore County. She was named to Black Enterprise’s 2019 list of Most Powerful Women in Corporate America, recognized as one of Computerworld's 2015 Premier 100 IT Leaders, one of Maryland’s 19th Annual International Leadership Awardees by the World Trade Center Institute, and was named the U.S. Black Engineer of the Year by Career Communications Group in 2014 and included on EBONY Magazine’s Power 100 list. Ms. Hill has also been honored with the AFCEA Heroines in Technology Award. Deeply committed to the development of others, Ms. Hill mentors many students and Lockheed Martin professionals. She is also Co-executive Sponsor of Lockheed Martin’s African American Council of Excellence (AACE). Born in Baltimore, Maryland, Ms. Hill graduated with high honors from the University of Maryland, Baltimore County with a Bachelor of Science degree in Computer Science and Economics; the university also recognized her with an honorary doctorate in 2017.

Mr. Frank P. Bramble, Sr., is Independent Director of the BANK OF AMERICA CORPORATION. Mr. Bramble brings broad-ranging financial services experience, international experience, and historical insight to our Board, having held leadership positions at two financial services companies acquired by our company (MBNA Corporation, acquired in 2006, and MNC Financial Inc., acquired in 1993). As a former executive officer of one of the largest credit card issuers in the U.S. and a major regional bank, Mr. Bramble has dealt with a wide range of issues important to our company, including risk management, credit cycles, sales and marketing to consumers, and audit and financial reporting.

Mike Gill was elected Secretary by Governor Larry Hogan in January 2015 to lead the Maryland Department of Business and Economic Development (DBED). He is a business leader with four decades of experience as an entrepreneur, a veteran of large technology firms, and a public servant. Prior to his appointment, Mike led Evergreen Advisors as chairman and principal starting in 2008. He has spent a significant part of his 32-year business career developing and implementing business strategies in a number of industry sectors, including information technology and wireless communications. He joined IBM in 1974 where he spent seven successful years in sales and marketing. He joined Ernst & Young in 1981 as Director of Data Systems; and in 1983 became Regional Manager for American Teleservices, the majority shareholder of Cellular One. Mike oversaw the start-up of the first sales organization in the nation’s capital. One year later he founded AMERICOM, providing cellular products and services to businesses in the Maryland area. AMERICOM quickly became one of the leading technical services companies in the wireless industry during Mike’s 16 years as founder and CEO. By the year 2000, AMERICOM had grown to over $70M in revenues with 1200 plus team members. In April of 2000, the company was acquired by Solectron, an NYSE company and leader in the electronics manufacturing sector. Mike remained with Solectron as Vice President for Business Development until 2003, when he founded Hoyt Capital, a small investment firm providing capital and business advice to start-up and existing enterprises. In 2006 he was named Executive Chairman and board member of Baltimore-based Bluefire Security Technologies, a developer of security software for wireless mobile devices, PDAs and smartphones. Mike’s Board and committee service have also included Baltimore County Economic Development Commission, Baltimore County Chamber of Commerce, the GBMC Foundation Board, the Bank of Maryland, Chairman of the Towson University Board of Visitors, and member of the Notre Dame Preparatory Board of Trustees. He is currently on the board of Corporate Printing Solutions and Bay National Bank, a public company; and serves as Chairman of Curtis Engine. In July 2004, Mike was appointed by Governor Robert Ehrlich to a five-year term on the Board of Regents for the University System of Maryland. He serves as Chair of the Audit Committee and is also Treasurer of the board of Regents. Mike received a Bachelor of Science Degree in Business Administration from Towson University in 1974, after first attending Clemson University on a baseball scholarship. In 1996, Mike was awarded an honorary Doctor of Humane Letters degree from Towson University. In May of 2005, he received Towson University’s Distinguished Alumnus Award and in October 2005, became an Honorary Member of the Towson University chapter of the international business society, Beta Gamma Sigma. Recently, Mike was named to the President’s Advisory Board at Clemson University.